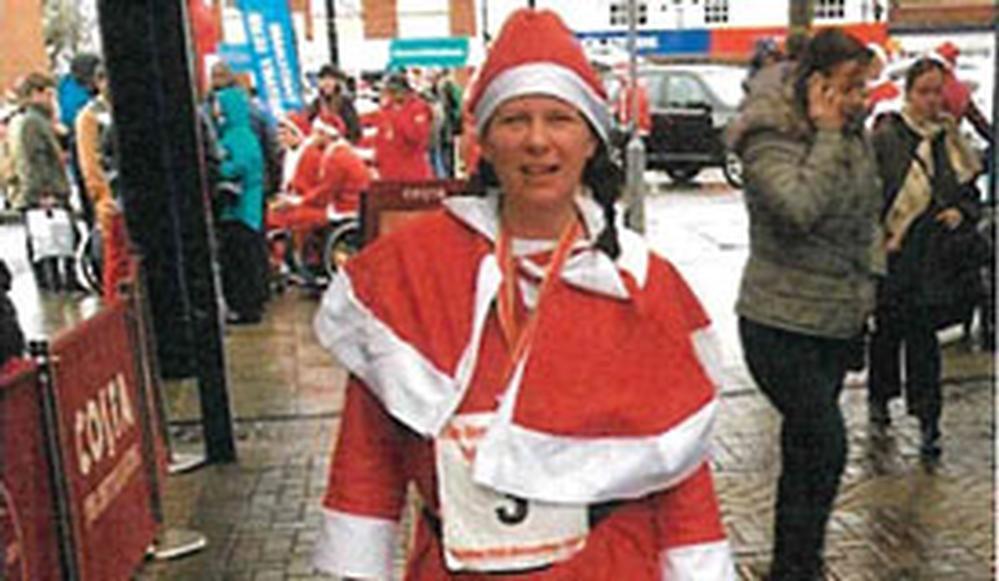 Scott Boyd's Mum, Maria has decided to start a fund raising campaign in support of Crossroads children's services. Her son is on the spectrum and has really struggled with behavioural issues over the last few years. He loves Crossroads groups which give him confidence and enable him to integrate and socialise with other children (something he has always struggled with) he also has learnt to express his feelings in a more positive way which in turn have improved his ability to cope with everyday issues.

Maria has just completed her first run - Thatcham 5k Santa fun run! She plans to enter the Bayer 10k in May and The Great South Run in October next year too! In addition to this she will be doing 'Race at your Pace' every month for a year. Starting with 25 miles per month building up to 50! (I don't know where she gets the energy!?)

She is aiming to Raise £1000 for Crossroads. Please donate and/ or share her page to help her reach her target:

My son is 16 and has Aspergers.  He struggles  with social situations and meeting new  people.  He often  feels like he doesn't fit in with his peers and finds it difficult to make new friendships.

We were put in touch with a charity called Crossroads. They provided support to my son and the family, offered respite breaks and days out with other children with similar diagnosis. As like many charities, Crossroads have been affected by cutbacks.

This has resulted in activities being stopped or reduced due to lack of funds.

I have recently found a love of running and was thinking i could make all the miles i run count for something. So i decided to raise money for Crossroads. I am running the Thatcham 5k Santa fun run in Dec 2017, Bayer IOk in May 2018 and The Great South Run in October 2018. Hopefully with some extra funds some well deserving special children and their families can beneifit from the wonderful work that Crossroads do . Please take a look at their web page to find out more about them.